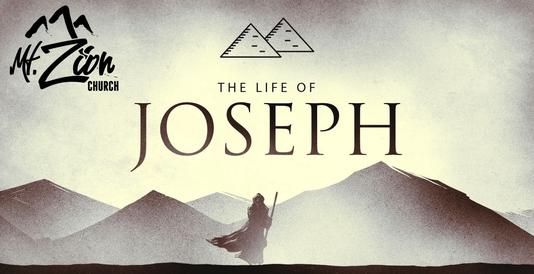 Why is more of the book of Genesis devoted to recording the life of Joseph, than that of any other individual? For instance, the Genesis record of Adam is covered in two brief chapters in our Bibles; Noah is given only twice that amount. Even Abraham, that worthy friend of God, has only an almost equivalent portion of Joseph in the "Book of Beginnings". Adam as natural head of the race of mankind is a type of Christ, but Genesis focuses more on Adam's failings. Noah, in contrast, is presented as a man who through the grace of God lived in a righteous way; he gained the high endorsement that he "walked with God". Abraham, the Father of the faithful, was chosen by God to be the example of faithfulness in response to the call of God. But Abraham's life does not typify the sufferings of Christ, and the glories that rise out of His suffering; that privilege is left to Joseph. As it is the Father's desire that in all things the Son should have the preeminence, so Scripture correspondingly accords the largest portion of the book of Genesis to this man, Joseph, whose life in so many ways is just a picture of that of Jesus. In this series we hope to return again and again to see in Joseph the beautiful aspects of Christ that by no accident form so much of the Genesis record.