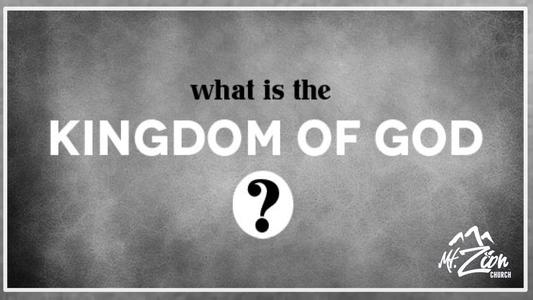 Is the kingdom of God a future reality to be hoped for or a present reality to experience now? That's today's question. The answer is that it is partly present and partly future. Many of its blessings are here to be enjoyed now; but many of them are not yet here. Some of its power is available now but not all of it. Some of the curse and misery of this old age can be overcome now by the presence of the kingdom. But some of it cannot be. The decisive battle against sin and Satan and sickness and death has been fought and won by the King in his death and resurrection, but the war is not over. Sin must be fought, Satan must be resisted, sickness must be prayed over and groaned under (Romans 8:23), and death must be endured until the second coming of the King and the consummation of the kingdom.